Caregivers have have been feeding cats at this defunct poultry processing facility since 1954 according to owner's relative. There have not been chickens there for at least 15 years, but the cats remained, breeding out of control...And NONE of them had been fixed. They are now - or at least 43 of them are!

The photo at the right is of the
original main house on the property.

The cats go in and out and several cats were trapped near where the trap is set in the photo. Suzie and I trapped 29 cats the first night and 14 cats the second night for a total of 43 cats.

This place has been there a long time. The caregivers indicated that the property was originally occupied around the turn of the century. The outbuildings suggested that there was a lot of history here...The following photos show some of the place where more than 43 free-roaming cats reside.

I returned to the location yesterday and saw at least four more cats that were not ear tipped. I do this by taking photos with my digital camera then blowing them up on the screen. Works superbly for seeing those smaller eartips. A drop-trap is in order - will be a real challenge with so many fixed cats. But we do not give up finishing colonies. Here is a photo of two - one not eartipped. 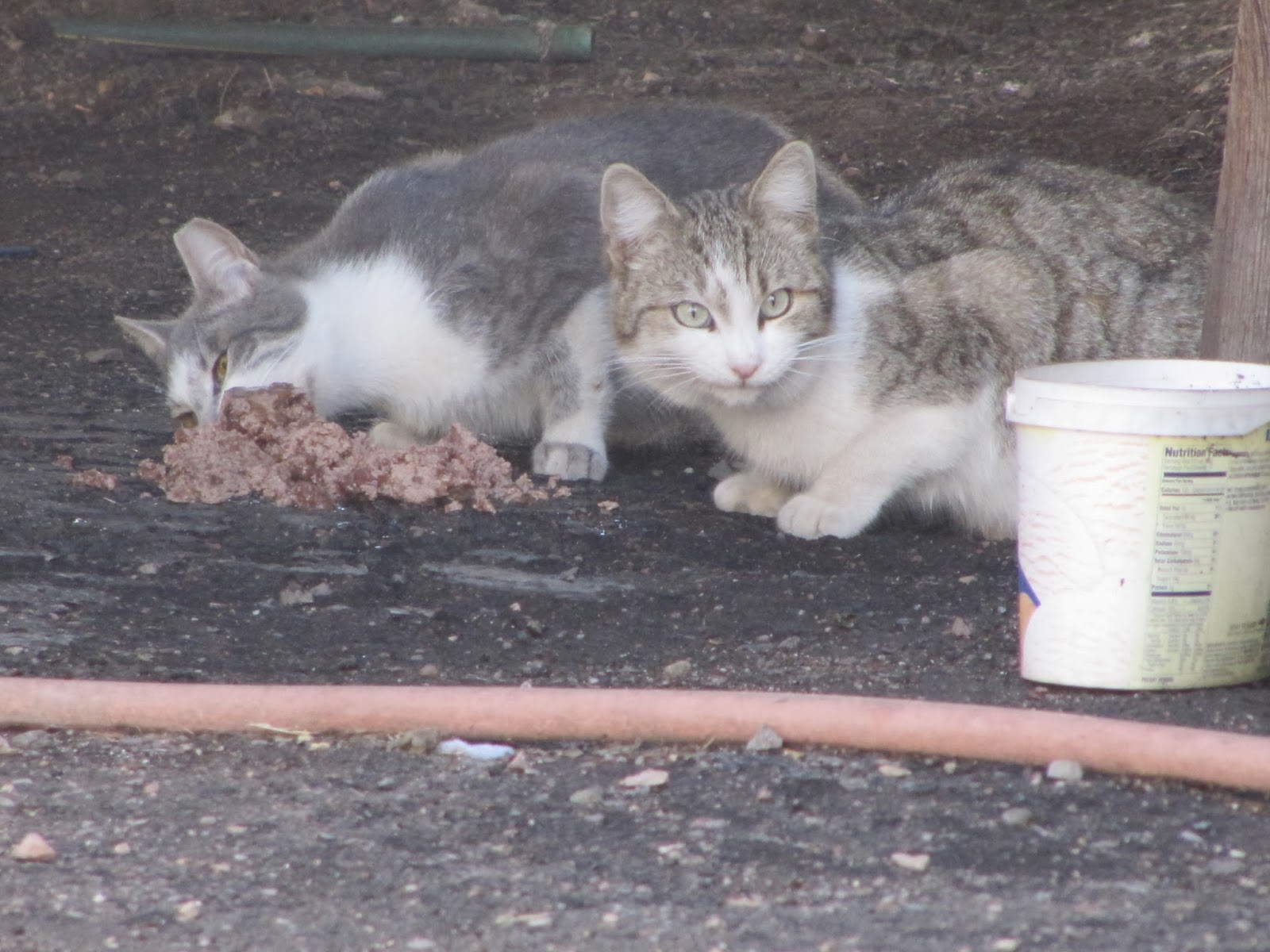 The photo below is the truck used to bring chickens to the processing facility. 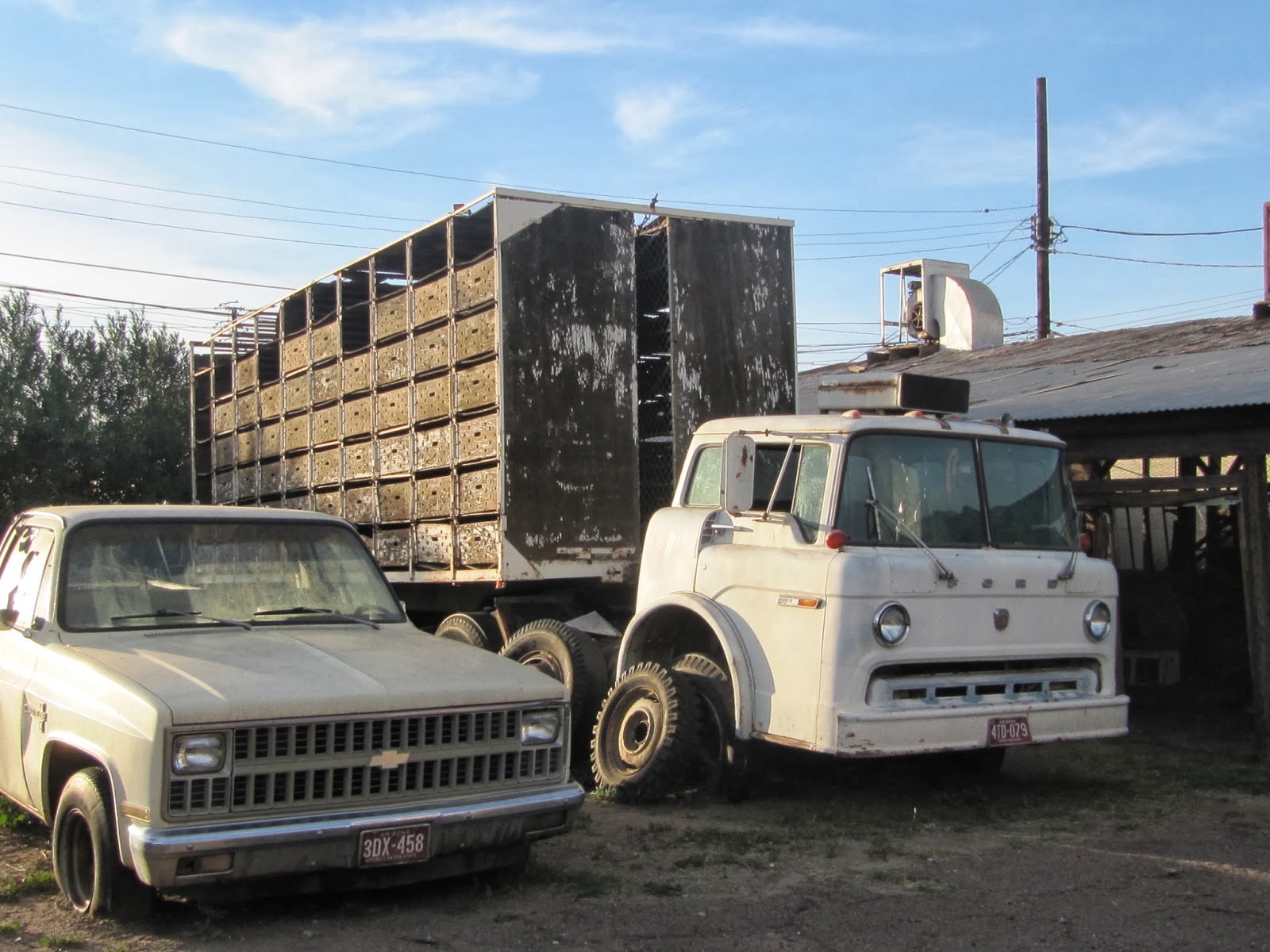 Cats are fed under this truck and at other places on the property. We also
trapped at two houses of the same vintage across the street where cats are also fed by the resident caregiver/caretaker. I cannot wait to bet back and snag the stragglers. This is when "the going gets tough, the tough get going"!